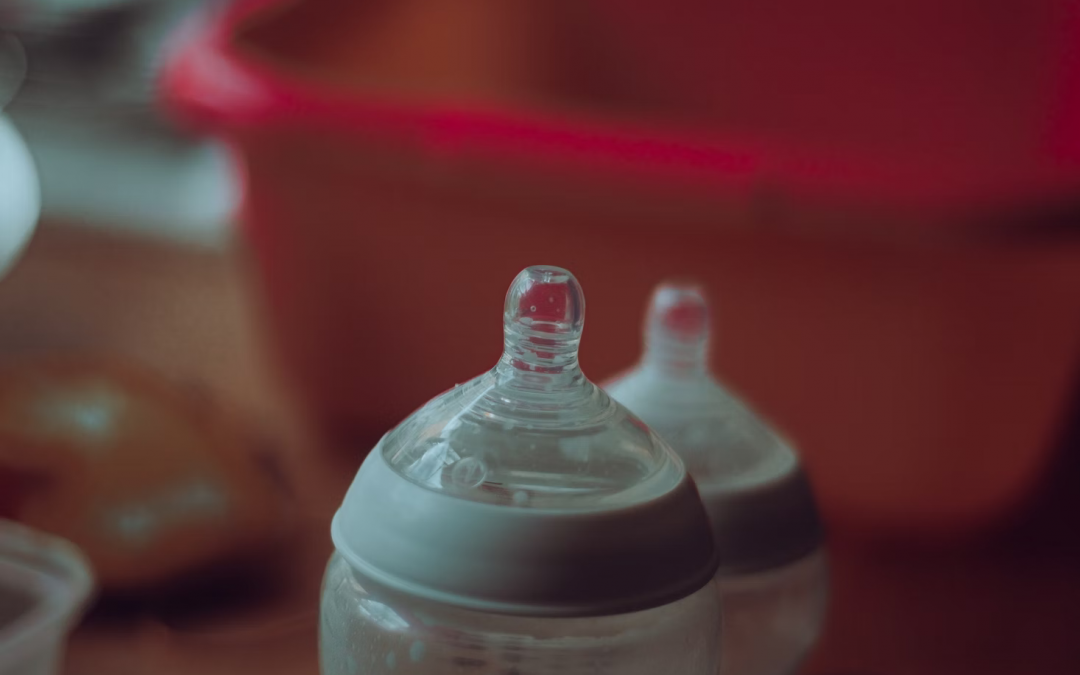 Do’s & Don’ts with a Newborn Baby

The thought of finally becoming a parent can be very exciting and overwhelming at the same time. The parents are finally able to bring their newborn home from the hospital and care for them on their own. For first-time parents, here are some do’s and don’ts for parents with a newborn baby. Do ask for help after the birth. Ask the doctors, nurses, and specialists for extra tips on how to hold your baby and the most efficient way to change your baby’s diapers. Second, always remember that your newborn baby is fragile. So, ensure to support your baby’s head and neck and sanitize or wash hands before and after touching your baby. You need to make sure your baby is raised in a clean environment and try to avoid doing anything that could trigger a fever, flu, or allergic reaction in your baby. Next, do interact with your baby by comforting them. Do use appropriate facial expressions and sounds as well as carry them often. This will assist the newborn to bond with the parents and mimic your actions or words later on. It is advised to ensure that your newborn takes their naps and sleeps while on their back and not on their stomach to ensure a stable flow of blood and oxygen throughout the body at all times. 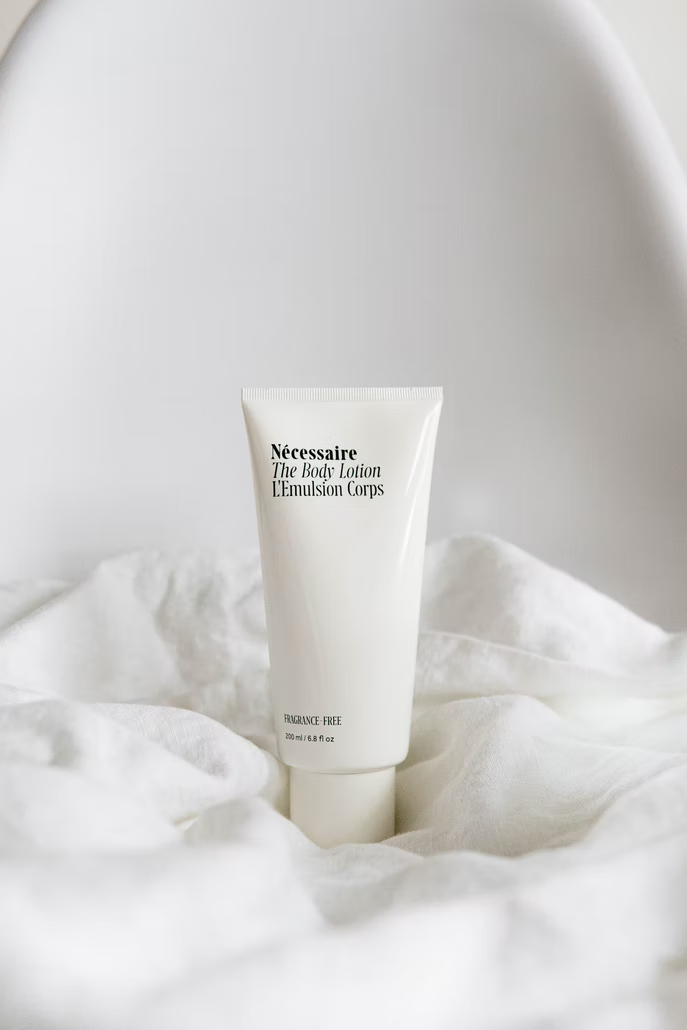 Now, down to the don’ts when with a newborn baby. First and foremost, don’t panic over anything and everything. A lot of new parents panic at normal things babies do, such as vomiting, crying, or even bowel movements. They often times wonder if their baby is eating enough or too little, having too many or too few bowel movements, spitting up too often, or crying too much. But, you need to remember, that babies are more adaptable than we often realize. When unsure, talk to your pediatrician about the things that you really should be concerned about. The next mistake parents often make is waking their baby up to breastfeed. You need to know that you do not need to wake your baby up to breastfeed. If the baby can sleep through the night, it is good as the baby and mother can get the required time to sleep and rest. Newborn babies require a minimum of 12 hours to 16 hours of sleep a day, after all. The third mistake would be not properly installing a baby’s car seat. The baby’s car seat must be installed according to the steps provided in the respective manuals. This is important as the baby’s safety in the car while on the road is a top priority. Fasten the seatbelt properly at all times. 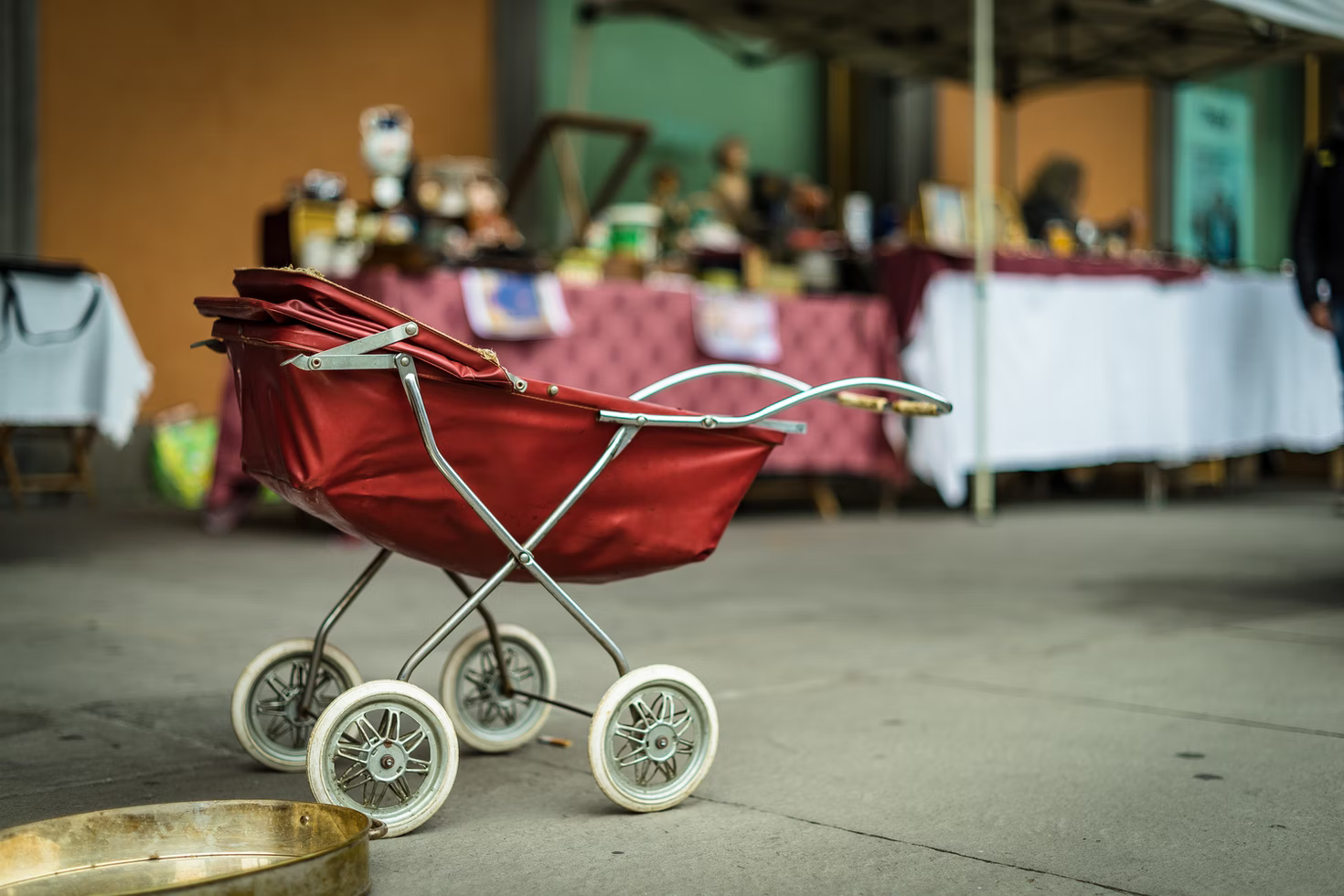 What are Newborn Baby Products?

Tips on How to Choose Newborn Baby Products

Finding an online store or physical shop nearby that sells newborn baby products may be one of the simplest things. Just google it. However, some parents are not aware of how the role quality plays in making the decisions when purchasing any type of newborn baby product. Here are a few tips for choosing safe baby products. First and foremost, talk with your baby’s pediatrician. Your pediatrician is the ultimate source of information about the type of products that are safe for your baby. Additionally, during their medical training as pediatricians, they regularly encounter different products in their daily practices. Before bringing your newborn home ask your doctor about the products they recommend or what they use in their own home. If you have questions about the best soaps or lotions for your baby your doctor should be your first stop to understand whether or not a product is safe. 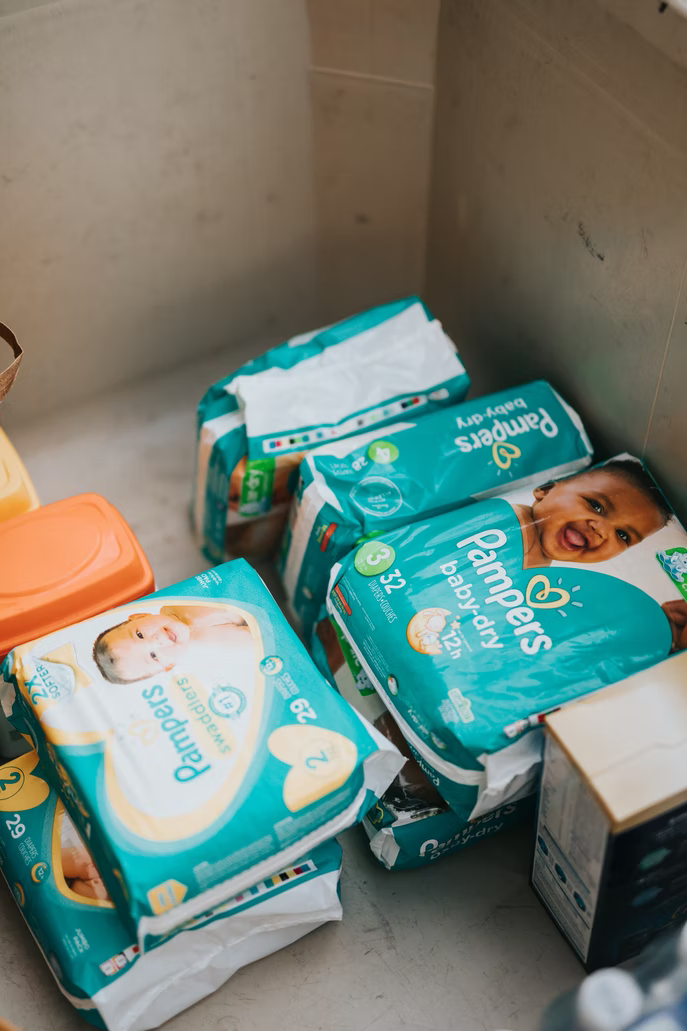 The second tip is to pick up on and understand the common toxins. While you’re shopping for baby products you’ll find it helpful to know about common toxins to look out for. Comparing the list of ingredients on your baby’s shampoos and soaps with the toxins on trusted online databases will increase your confidence that you’ve chosen safe baby products. Third, purchase products designed for babies. Soaps, shampoos, and lotions made specifically for babies are generally milder than regular products. It is advisable for you to use these mild baby soaps and a fragrance-free lotion to care for your infant. They’ll keep your baby’s skin soft and healthy. Lastly, make sure to keep a careful eye on your little one. Having a simple awareness of changes in your baby’s skin, or behavior can alert you of a potential problem. This is extremely helpful if you’re trying a new detergent or other baby product. If you notice rashes or any other issue, talk with your pediatrician about your concerns. He or she can help you find the source of the problem and an effective remedy. 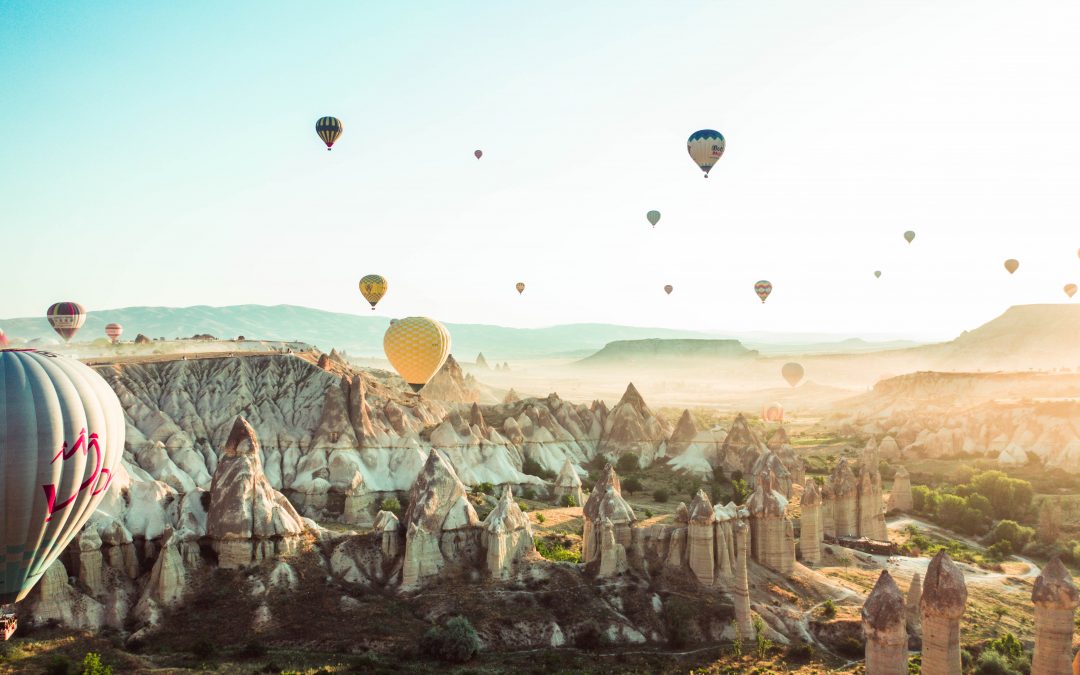 Places You Need To Visit When Travelling To Turkey

It is enthralling, intriguing, and awe-inspiring; the more you talk about Turkey, the more difficult it becomes to describe the city’s magnificence. When we talk about Turkey’s 10,000 years of human civilization, we’re not simply talking about a statistic. There are many attractions to visit in Turkey, including some of the most stunning landscapes, a handful of historical sites, magnificent mosques, and one of the world’s seven wonders. It has a culture that has aged like fine wine, natural beauty that has been enhanced with time, and historical monuments that demonstrate continuous evolution from traditional to modern architecture, all of which coexist on the same patch of ground under the sun. A trip to Turkey would be incomplete if you did not visit the following noteworthy spots in Turkey.

However, before we go over the areas in Turkey that you should visit, it’s necessary to go over how you may stay connected to the internet. If you’re visiting Turkey and want to be able to access The internet, so you can document your holiday on Instagram, keep in contact with loved ones on WhatsApp, or use Google Maps to find that location they mentioned, here are your alternatives. Buying a SIM card for Turkey is the greatest option for getting internet in Turkey, both because it is considerably less than paying for roaming and because it is so simple to use.

Unifi Package Malaysia is also available, which includes roaming and high-speed internet. Fortunately, Turkey has a lot of Wi-Fi hotspots. It is especially prevalent at restaurants, cafés, hotels, and shopping malls, where it is used as a perk to encourage customers to visit the establishment, buy a snack, coffee, or simply a bottle of water in order to obtain the desired passcode. This is a viable alternative for having internet access throughout your holiday to Turkey, but bear in mind that you will only be online for the duration of your stay.

Places To Visit In Turkey

There are several sites to visit in Turkey to ensure that you enjoy a once-in-a-lifetime experience. Turkish baths and history are the country’s most well-known features. There are a surprising number of Greek and Roman remains strewn around the region. There are also some of Europe’s top sailing sites. Because Turkey lies a little off the usual road, its magnificent beaches are less crowded. Furthermore, Turkey has been known for its use of colour in patterns and prints, which has become ingrained in the country’s culture. The colours of Turkey may be seen in local marketplaces such as the Grand Bazaar, where you can find gorgeous lanterns, pottery, and textiles.

Cappadocia, located in Turkey’s Central Anatolia area, is among the most popular places to visit in Turkey for lovers. The viewers’ breath is taken away by the location’s hills and rock formations. Cappadocia, home to one of the most prominent UNESCO World Heritage Sites, Gerome National Park, has a romantic and loving vibe. The region’s varied and distinctive past, as well as various natural wonders, have earned this destination a place on many visitors’ and adventurers’ bucket lists.

At first look, the remnants of Troy appear to be nothing more than a jumble of wreckage and concrete. When you stride over it, though, the earth beneath your feet has had great importance in the past. Many an artist and literary dignitaries have found inspiration in the same soil that spawned brave heroes. History aficionados will delight in touching and feeling the ruins of temples, altars, and other structures that bear witness to a bygone age. It is one of Turkey’s most popular tourist destinations.

Ephesus Ruins: Take a Tour of the Ruins

The remains of the former Greek city of Ephesus, which were erected in the 10th century BC, are Turkey’s most historical site. The ruins of the city, as well as the Temple of Artemis, which was once one of the Seven Wonders of the World, have long-drawn large crowds. The Library of Celsus is another prominent Ephesus attraction that draws visitors from all over the world. The ruins of this illustrious Greek city, which has stood strong through generations and centuries as a testimony to the rise and fall of empires, provide a glimpse into the previous splendour. This is a great place to go if you want to go deep into the history of Ephesus.

Pamukkale Thermal Pools are a spectacular and uncommon sight that will take your breath away. The white calcareous scenery is generated by limestone-laden thermal springs, resulting in a unique phenomenon of calcium deposits in the form of craters, stalactites, and cataracts. It’s a wonderfully stunning sight to look out over the broad white countryside with turquoise springs developed in different levels and the blue sky above. The springs are infused with therapeutic water that may treat a variety of maladies including skin conditions, eye difficulties, rheumatism, and asthma, to name a few. This is one of Turkey’s most popular tourist destinations.

If you can read Turkish, check out our other blog posts in Turkish here. 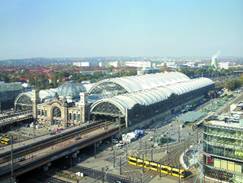 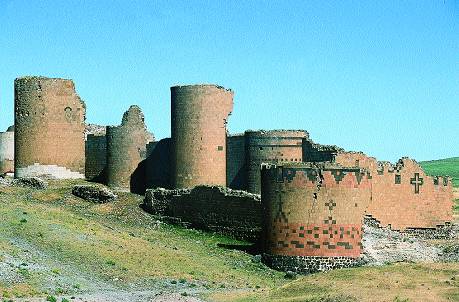